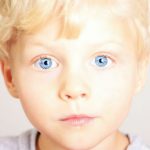 I decided to try homoeopathy because my son Sam, was very unsettled in himself. For the previous 6 months Sam was having toileting accidents daily. His GP diagnosed Encopresis and prescribed medication for constipation and we were possibly going down the route of a scan.

Sam was about to start school and I was concerned that he wasn’t holding his pencil properly and that his eye contact was sometimes poor. Sam loved to talk but sometimes would talk at speed and at length – it was as if he wasn’t “tuned into” how the other person was hearing his story and often he lost the interest of the listener! Sam was also overly emotional about very small things, reacting by having big emotional outbursts, crying and shouting and running around. We found it hard to calm him at these times. Sam regularly got colds and it worried me that he was a fussy eater.

We had brought Sam to an OT who was helping him with his pencil grip and concentration but I felt something was missing as I didn’t see much improvement.

I was sceptical as to how homoeopathy would help Sam but was willing to give it a go! When I spoke to Carmel I immediately felt better because she took plenty of time to talk to me about Sam. Sam really liked Carmel because she is very warm and was interested in getting to know him – he played with her toys and was able to answer her questions in a relaxed way.

Carmel asked me about Sam’s birth and we discussed how he had needed to be in an incubator for some days and was separated from me and that he had been given a lot of antibiotics and anaesthetics as an infant. Carmel explained that sometimes these experiences and medications can cause an imbalance in the body and that it might help to detox these from Sam’s system as well as giving him an overall remedy to help him.

Sam started on his detox regime before going to school in September and it was like magic! I am so happy that I brought him because straight away a lot of his symptoms began to settle down. His encopresis was resolved immediately. His emotional outbursts have become much more manageable, less intense and much less often. He has managed the transition to school no problem. His pencil grip has improved and he is holding the pencil much better. There is still work to be done on his fine motor skills and we hope that further detoxes will help with this. He has only had one cold this winter and has started to eat fruit. His conversation skills have also greatly improved!

The results have been amazing – the remedies are so easy to take and Carmel explains everything so carefully – it feels like we are all on the one team and that I have someone to turn to if I have any worries! I now recommend Carmel to all my friends.