Are natural remedies effective for children’s sleep? Can constipation in children be resolved with homeopathy? The answer is yes!

Today’s case is about a beautiful two-year-old girl called Rhea, who came to me with sleep disturbance, constipation and speech delay. It’s a good case to show you how, in classical homeopathy, we don’t just treat a single symptom in isolation.

Rhea’s case is also a nice illustration of the process of healing. You can see how there is progress on all levels but some symptoms respond more quickly than others. This is because the homeopathic remedy merely acts as a trigger and the body has its own wisdom in deciding what will be balanced first.

Rhea always woke up crying. Her mother described the crying as angry and sometimes hysterical. It was always hard to calm her because she didn’t seem to know what she wanted. Sometimes she would doze off in her parent’s bed, only to wake up 15 minutes later, wanting to go back to her cot. Sometimes a bottle of milk would calm her and help her to get back to sleep and sometimes the only thing that would distract her was to look at the pictures on her mother’s phone.

This pattern of disturbed sleep began suddenly one night when Rhea was 14 weeks old and had been going on now for almost 2 years. Needless to say, Rhea’s parents were worn out from it and Rhea herself was often tired and had low energy during the day.

In classical homeopathy, we usually treat a long-standing complaint with a “constitutional remedy”, which is chosen to suit the whole person. To find the best matching remedy to resolve Rhea’s sleep problem, I needed to understand more about her nature and any other complaints she had.

Other Features of Rhea’s Case

Rhea had had a tendency to constipation since birth and was taking Lactulose, 10 ml daily. Even with this medication, Rhea was only passing a stool once every 3 or 4 days. When she was due to have a bowel motion, she could be trying all day, sometimes crying with the effort. Sometimes, she would appear to be trying for several days before a stool would come.

Unsurprisingly, with this level of constipation, Rhea’s appetite was poor. She ate a reasonable breakfast, very little lunch and her interest in dinner varied.

When she was about 9 months old, Rhea spoke her first words. She said “yeah”, “no”, “Daddy” and her brother’s name. Since then, she had not said any new words. She was on a waiting list to have her hearing checked.

Rhea sat up and got her first tooth at the usual times, around 6 months. She hardly crawled but developed a speedy bum shuffle. Rhea didn’t walk until she was 19 months old.

The “terrible twos” kicked in around 20 months when Rhea started to have tantrums if she couldn’t have what she wanted. These could last up to 15 minutes and it wasn’t always easy to distract her.

Rhea caught a lot of viruses. She had had 3 illnesses during the previous 3 months. She tended to get a high temperature, a blocked nose and a cough which was worse at night, when a fit of coughing could cause Rhea to vomit. She had only ever had one antibiotic, for a sore throat, when she was about 13 months old.

Rhea’s mother described how Rhea was especially afraid of animals. The family’s own dog had to be locked in the garage before Rhea would venture into the back garden. If she saw any cat or dog nearby when they were out, she ran to be picked up.

Rhea’s mother told me that she was quite adventurous in a playground and was happy to use the older children’s slides and swings. She also enjoyed running around outside with her older brother, with whom she got on very well.

The thing that would upset Rhea the most, apart from not getting her way, was if anybody was cross or gave out to her.

Rhea came into my room gently and quietly. She was calmly observant. Her face was pale with porcelain-perfect skin. Rhea explored the toys thoroughly, taking out many things but not settling with one toy for long. The only sound she made during the consultation was to whisper “yeah” in response to her mother’s questions. She also communicated by pointing. Although she was not speaking, I observed that Rhea’s comprehension was very good. She was very attentive to her mother and very willing to follow direction regarding particular toys and books in my office.

In choosing Rhea’s constitutional remedy, the symptoms I considered most important were her constipation, frequent waking, susceptibility to frequent viruses, and her delay in speaking. I gave this remedy in an LM1 potency to be taken once a day.

I saw Rhea and her mother again one month later.

These were Rhea’s mother’s first words, as she began to tell me about Rhea’s reaction to the remedy.

Rhea was still waking, but now it was only once or twice a night, whereas before it had been 4 or 5 times. A couple of nights, she had slept right through.

The biggest difference was that she wasn’t crying anymore when she woke up. Instead, she was calling out “Mam?” or “Ba ba” to say that she wanted her bottle of milk. After 2 or 3 sucks, she was putting the bottle down and going back to sleep. Now that she was eating well during the day, Rhea’s mother was trying to break her bottle habit by progressively diluting it with water.

Rhea’s mother said she was no longer straining for days to pass a stool. Within a few days of starting her remedy, the stool began to come without difficulty and Rhea was now having a stool every second day.

Rhea’s mother reported that her appetite was much better. She was now eating 3 full meals and a snack every day.

Rhea was now saying “Mam” and had said “bike” and “quack-quack” and “no way!” She was making more noises and “sounds that could evolve into words”. Her mother felt she was making more effort to get sounds out. I observed this during the consultation, when Rhea made “aaah” sounds to indicate that the baby doll she was playing with was lovable and cute.

Rhea was less fearful. She was now petting their dog, while holding her mother’s hand. At a recent trip to a children’s farm, she petted and fed the goats.

Rhea got her usual high temperature and cough during the month but her mother said she had recovered fully in 2 days. Normally, her snuffles and cough would last much longer.

Rhea’s mother commented that Rhea was just so much happier in herself. At a funfair recently she wasn’t at all afraid and really enjoyed the rides.

“It’s lovely to see her enjoying herself more. She used to be tired and sluggish but now she has energy, is more active, runs instead of walks and is trying to keep up with her older brother.”

“I was just coming for help with her sleep but when I see how much she’s come on in every way, I’m so happy!”

Having no unwanted side-effects, a homeopathic constitutional remedy can be given for as long as it continues to provide benefit.

Rhea was doing very well in every respect after only 4 weeks on her constitutional remedy. I decided to continue her homeopathic treatment with a further course of the same remedy, in LM2 potency.

Rhea’s constitutional health is basically strong, as seen in her ability to fight off viral illness without intervention and in her positive overall response to her first homeopathic remedy.

We have already seen some progress in Rhea’s speech development and I expect that this should gather momentum over time. I expect that Rhea’s sleep will continue to improve until she is regularly sleeping through the night without interruption.

When these goals have been achieved, Rhea will not need to take her remedy continuously but may benefit from an occasional homeopathic boost from time to time, if her energy or confidence should start to flag.

My thanks to Rhea’s parents for giving me permission to write about her progress. Her name has been changed to protect her privacy and a stock photo has been used. All other details of the case are true.

Interested to Find Out More about Homeopathy for Your Child?

Sleep disturbance, constipation, frequent illness and infections, poor appetite – these are among the common reasons parents bring their children for homeopathy. Untreated, these problems can drag on for years. A constitutional homeopathic remedy, chosen to suit the child as a whole, works quickly, gently and permanently to resolve these problems, making life easier for your child and for the whole family. Click here to read more about children’s homeopathy. Read here about your first homeopathic consultation. 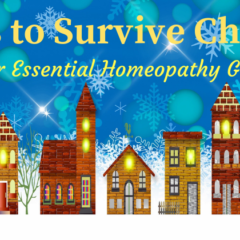 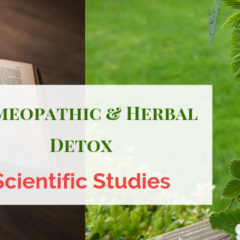 There is much anecdotal evidence on the effectiveness of herbal and homeopathic detox as an... 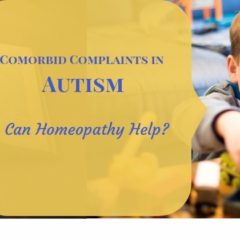 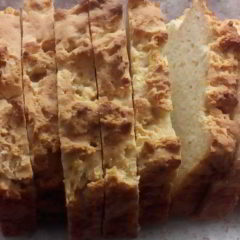 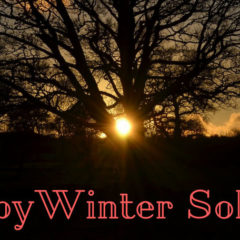 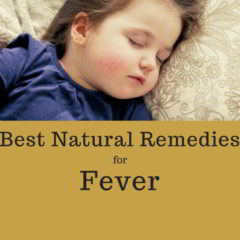 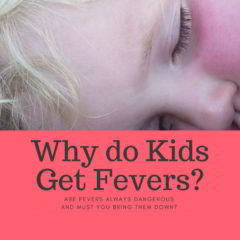 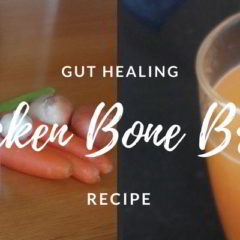